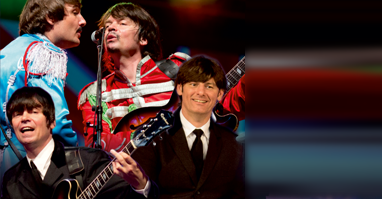 No other band has influenced the music world as lastingly as the Beatles. They are still popular after 50 years. A musical called “Mr. Postman” brings them back on stage. Four superb musicians from Great Britain, France and Germany – Eric Paisley, Cyril Laurent, Billy Shears and Mike Wilbury – embody John Lennon, Paul McCartney, Ringo Starr and George Harrison so authentically that one actually believes that one is in a real live Beatles concert.